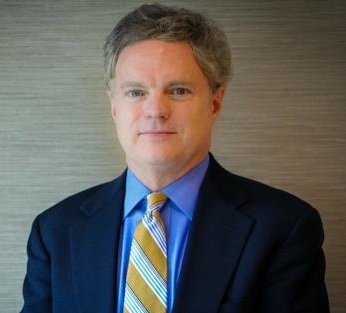 John Bridgeland is Founder & CEO of Civic; Vice Chairman of Malaria No More, a nonprofit working to end malaria deaths in Africa; Vice Chairman of the Service Year Alliance to make a year of national service a common expectation and opportunity for all 18-28 year olds; Co-Convener of Grad Nation to reach a 90 percent high school graduation rate by 2020; Co-Founder of the Aspen High Seas Initiative to protect 30 percent of the ocean as marine reserves by 2030, and Executive Producer of the 2017 National Geographic film, Sea of Hope. Bridgeland serves on the National Commission for Social, Emotional and Academic Development and co-chairs the Policy Subcommittee.

Previously, Bridgeland was appointed by President Obama to serve on the White House Council for Community Solutions, and by President George W. Bush to serve as Director of the White House Domestic Policy Council, Assistant to the President of the United States, and first Director of the USA Freedom Corps. The Freedom Corps grew Peace Corps to the highest levels in 40 years, AmeriCorps by 50 percent, and created a new Citizen Corps to engage Americans in disaster preparedness and response after 9/11. Bridgeland is author of the book, Heart of the Nation: Volunteering and America’s Civic Spirit, and gave a TED talk in 2017 at TEDx Pennsylvania entitled, One Nation Indivisible.

Bridgeland is a graduate of Harvard College and the University of Virginia School of Law. He practiced law in the New York and Pairs, France offices of Davis Polk & Wardwell, won the 2015 Intercollegiate Tennis Association’s Lifetime Achievement Award, and has given the commencement address at half a dozen colleges, where he has received honorary degrees. He lives in McLean, Virginia with his wife and three children.